Information and biographies of the clergy of Southwark Cathedral 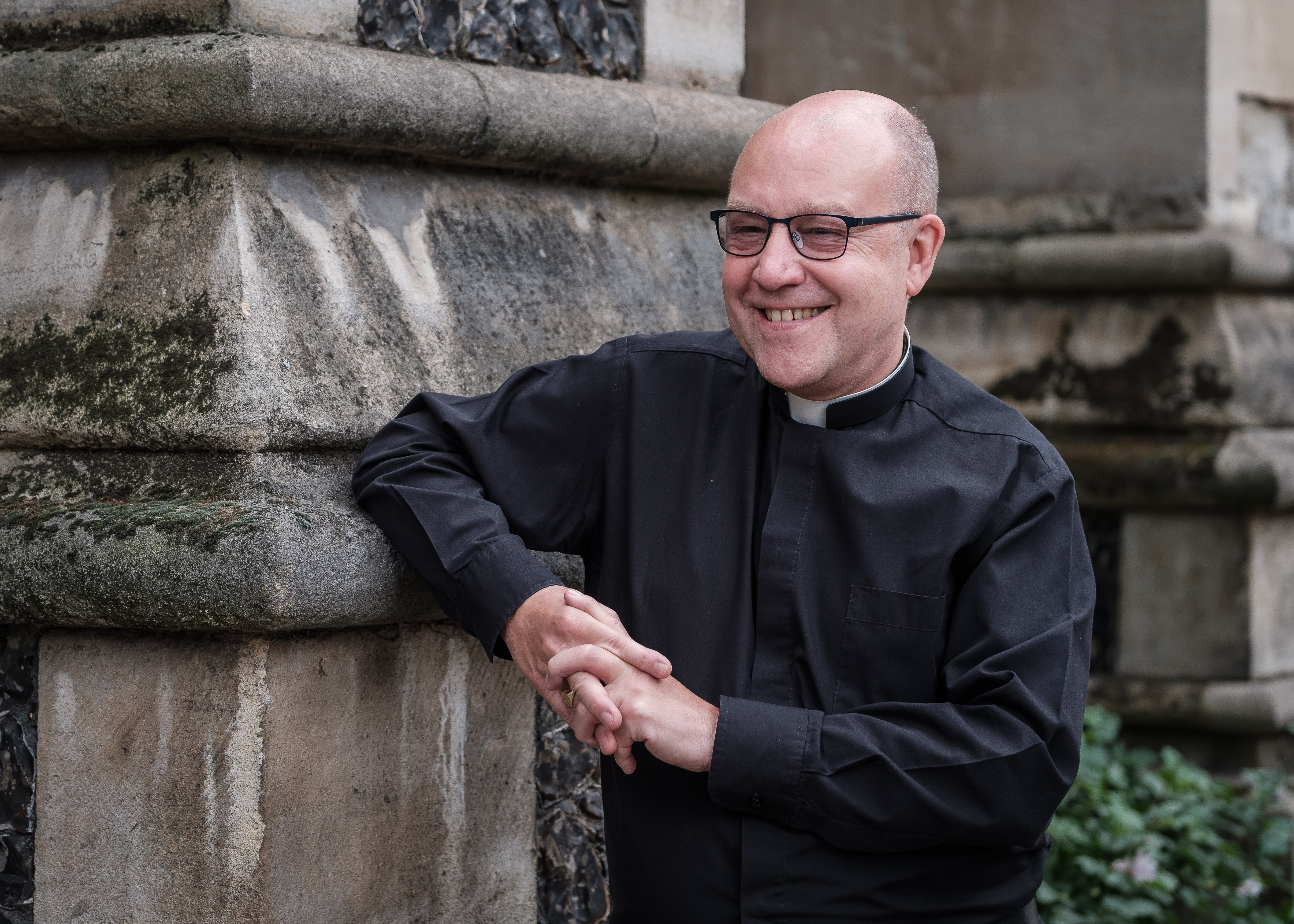 The Very Revd Andrew Nunn was born in Leicester in 1957.  He grew up there and attended primary and secondary schools in Wigston, where he was also a member of the choir of All Saints, Wigston Magna.

He is a member of the General Synod and the Diocesan Synod.

Andrew contributes to the local church by teaching and speaking at a number of courses and events in the Diocese of Southwark and further afield outside the Diocese.  He is a member of the General Synod of the Church of England and on the Panel of Chairs of the Synod.  He has served as a member of the Crown Nominations Commission since 2011.  He was Rector General of the Society of Catholic Priests until October 2017.

His many interests include theatre, cinema, reading and travel. 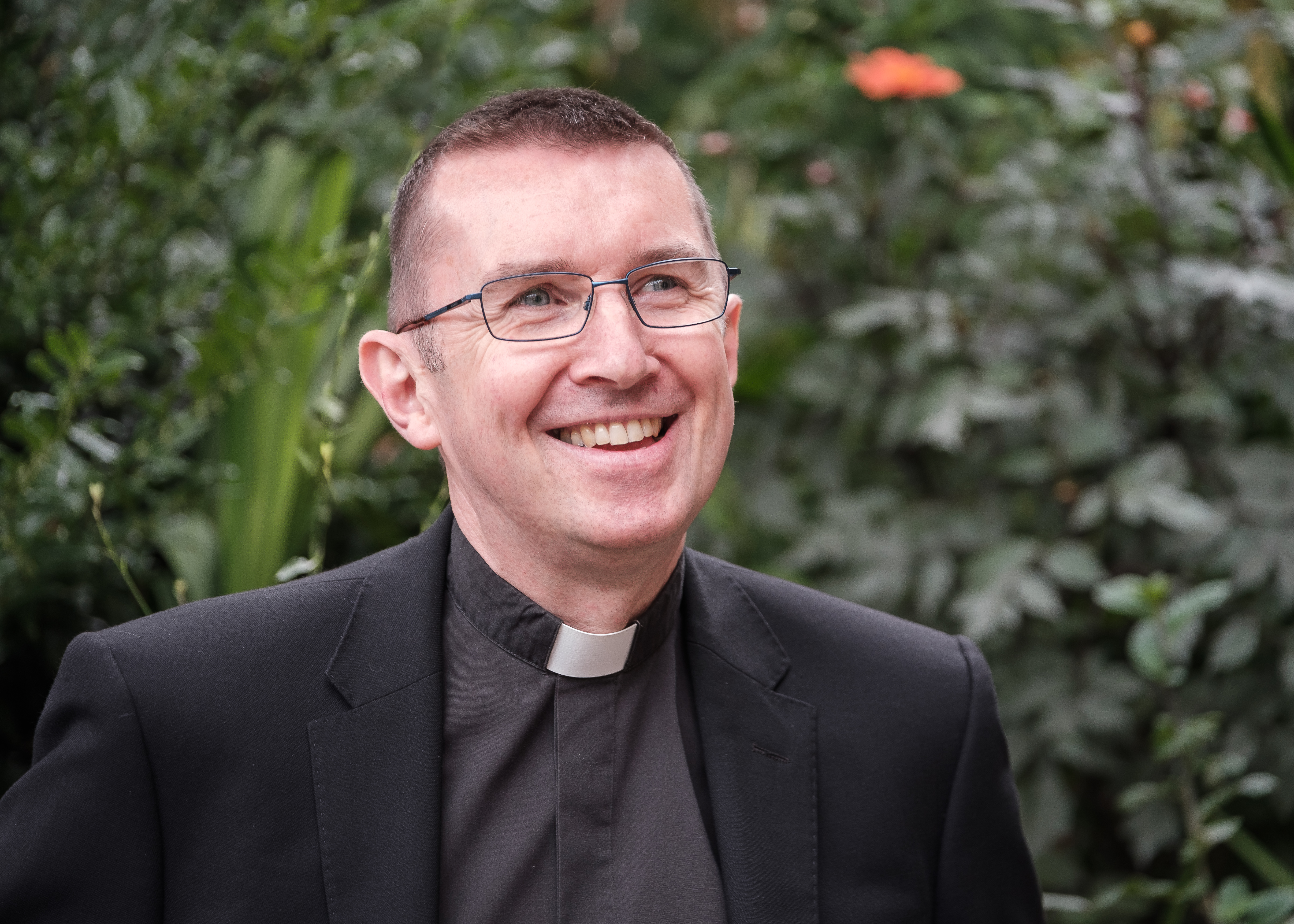 Michael joined the team as Sub Dean and Pastor at Southwark in December 2014. He has responsibility for pastoral care, oversight of volunteers particularly the Day Chaplains, ministry to children and young people, and stewardship.

He is Minister-in-Charge of St Hugh’s Church, Bermondsey, a Conventional District within the Cathedral Parish and is the Vice Chair of Governors at Cathedral Primary School.

Michael was born in Yorkshire and spent most of his ministry in the Diocese of Wakefield (prior to the formation of the Diocese of Leeds) as a parish priest, Bishop’s Chaplain and latterly as Sub Dean and Pastor at Wakefield Cathedral.

In his leisure time, Michael enjoys travel, food, theatre and the arts.

Andrew Zihni has been Canon Precentor of Southwark Cathedral since January 2021. In this role, he has oversight of the worship and liturgy in the Cathedral. He is also the Chapter’s lead officer for safeguarding.

Andrew was born and grew up in Hong Kong. His background is Chinese/Thai and Middle Eastern, and he spent most of his childhood and early teenage years in the Far East. Andrew and his family subsequently moved to the UK, and he studied at Eton College and the University of Oxford before training for ordination at St Stephen’s House in Oxford. He served his curacy in a former mining town in the Diocese of Sheffield before moving to St George’s Chapel, Windsor Castle, as Minor Canon and School Chaplain. From 2014 to 2021, Andrew was Assistant Director of Vocations in the Diocese of Southwark, which involved working with candidates exploring a call to lay and ordained ministries in the Diocese. He was also an Honorary Minor Canon of the Cathedral and a Priest Vicar of Westminster Abbey.

Andrew is a keen musician and singer, enjoying frequent visits to the Royal Opera House and the ENO, and has a particular interest in the interface between theology and music. He also enjoys cookery, reading contemporary fiction, and Jack Russell terriers. 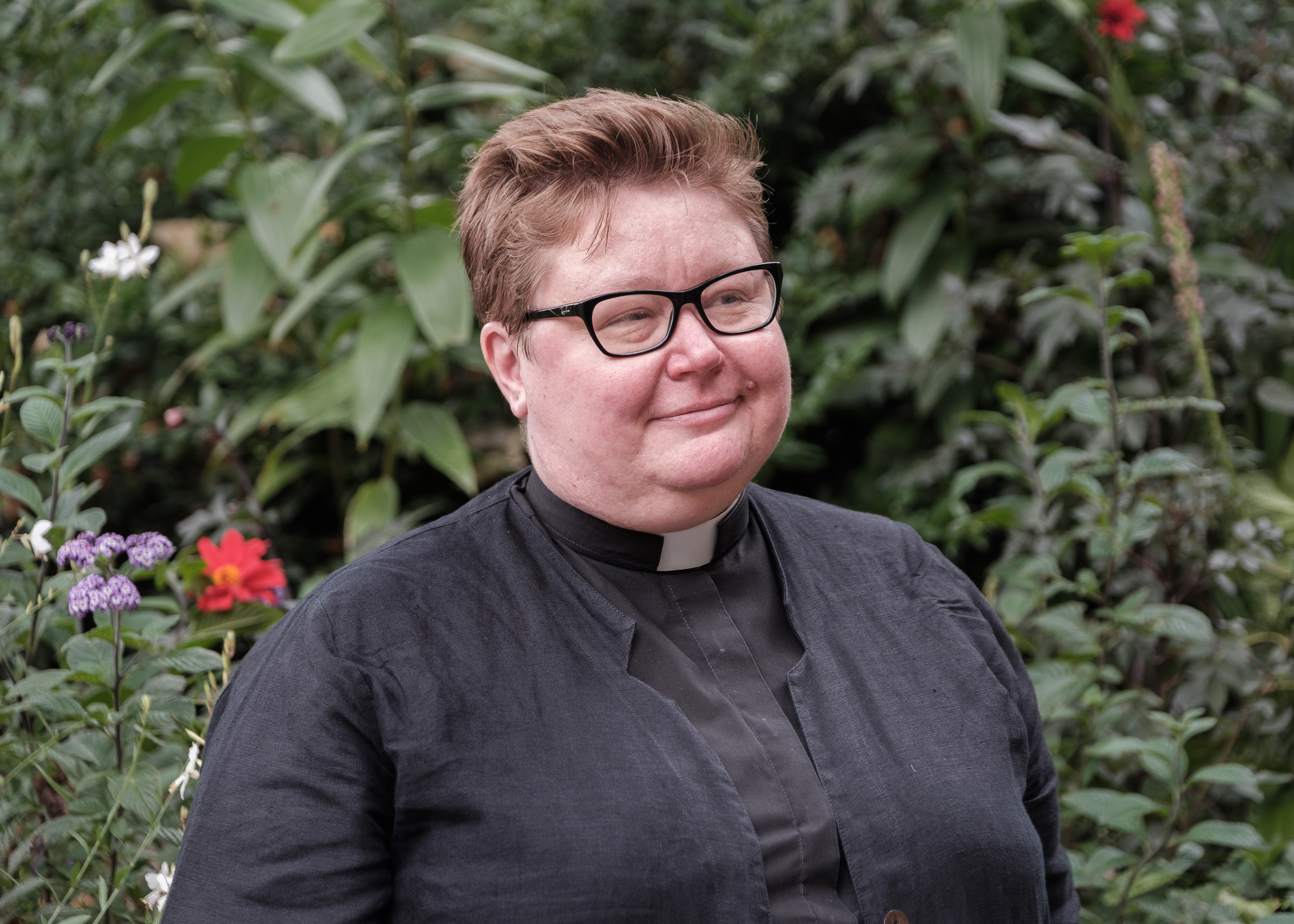 The Revd Canon Leanne Roberts is Canon Treasurer at the Cathedral, and is also Director of Vocations and Diocesan Director of Ordinands for the Diocese of Southwark.

Born in South Wales, Leanne read music at Oxford University, then worked for a mental health research group before training for ordination at Westcott House, Cambridge, while studying theology at Emmanuel College. She was ordained in 2002 in the Diocese of London, where she served her curacy, and in 2005 became Chaplain of Hertford College, Oxford. During her time there she was a Vocations Adviser for the diocese, an honorary chaplain with Oxford and Buckinghamshire Mental Health Trust, and received an MSt in Ecclesiastical History.

Leanne plays a full part in the life of the Cathedral, and is particularly interested in preaching and spirituality. Other interests include psychoanalysis, iconography, sailing, and detective fiction, though not necessarily in that order.

The Revd Canon Jay Colwill is Canon Missioner at the Cathedral, and is also Director of Mission and Evangelism for the Diocese of Southwark.

Born in Wokingham Berkshire, Jay’s missionary experience began on Southampton docks, whilst working for the Missions to Seafarers. He went on to read Politics and Social Economic History at Manchester Metropolitan University. Spending much of his time cooking at Greens Vegetarian Restaurant, he greatly enjoyed his time in South Manchester! He went on to study Theology at Nottingham University where he received his B.A. and Mth. In 1994, he served his title in an ‘urban priority area' parish in Reading, moving down the M4 to Bracknell to work a further 6 years in a large parish whilst taking responsibility for the local ecumenical partnership with the Methodists, located in a school. After nearly ten years in the Oxford Diocese, in 2003, he moved to Christ Church Orpington, where he also served as Area Dean to Orpington Deanery, and Assistant Missioner in Rochester Diocese.

Jay’s diocesan responsibilities mean that he travels widely across the diocese to support parishes and deaneries in mission. However, he is working with the Dean and chapter to ensure that the cathedral parish reaches out to its many visitors and incoming residents. When he is not enthusing upon the subject of mission, he relaxes by cooking, cycling and travelling (particularly to France).

Wendy Robins has been Canon Chancellor since December 2020 and is also the Director of Discipleship, Lay Ministry and Continuing Minister Education for the Diocese of Southwark.

Prior to becoming Canon Chancellor, Wendy had worked for many years as the Director of Press and Communications for the Diocese of Southwark and the Bishop of Southwark’s Press Officer.  She was also Assistant Priest at Southwark Cathedral.  Wendy is a Self Supporting Minister.

Wendy was born and brought up in London and has lived in North London for most of her life save for when she was at university in Lancaster and subsequently worked as a residential social worker in the NW.  Prior to working in the Diocese of Southwark she worked for the Bible Society and USPG specialising in Adult Education publishing and training.

She trained for Ordination on the East Anglian Ministerial Training Course and was ordained deacon in 1993 and priested in 1994.  She served her title in the Diocese of Chelmsford.

When not at work Wendy enjoys reading of all kinds, especially crime fiction.  She also likes to cook and spending time with family and friends especially if that is over a meal and a nice glass of wine.

After studying Law, and then working as a pastoral assistant at St Christopher’s Walworth, Thomas trained for ministry at Cranmer Hall in Durham. He served his curacy at Holy Nativity, Chapel House, in the Diocese of Newcastle, and then at Newcastle Cathedral. During his curacy, Thomas continued his doctoral research at the Centre for Catholic Studies in the University of Durham, writing his thesis on the Holy Spirit in Karl Rahner's theology of death and sickness.

Thomas is also co-ordinator of the Young Anglican Theology Project, which aims to give young people a greater theological voice in the life of the Anglican Communion. Thomas is a Third Order Franciscan and member of the Society of Catholic Priests. He is a keen musician, and loves cooking for lots of people and making regular visits to Terry Pratchett's Discworld.