Three of the stained glass windows in the retrochoir are war memorials in their own right.  All three were designed by John Hardman and Co. of Birmingham.

St. Francis of Assisi and St. Elizabeth of Hungary Chapel

The window in the St. Francis of Assisi and St. Elizabeth of Hungary Chapel was given by the Cathedral as a thanksgiving gift for victory in the First World War.

The St. Christopher's Chapel window was presented by OXO Ltd, to commemorate employees who fell in both World Wars 1914-1918 and 1939-1945.  The OXO factory stood on the south bank of the Thames just west of Blackfriars Bridge; the OXO tower remains as a landmark.

This window depicts Mary, Joseph and Jesus in the central pane and shepherds and miltary figures in the side panes.

This window and the adjacent seating were presented by Oxo Limited in the grateful memory of their men who fell in the world wars.  1914-1918 1939-1945

A triple lancet window illustrating the incarnation.  The central pane shows the presentation in the temple, as described in the gospel of St. Luke with the infant saviour presented by Mary to the priest.  Prophetess Anna stands nearby and Joseph and the little maiden kneel in the foreground.  The left hand panel shows St. Simeon singing 'nunc dimittis' while Anna kneels in prayer.  The right hand panel has the Wise Men from the East following the star of Bethlehem.  The window includes the medallions of St.Edith, St. Winifred and St. Mildred with the following inscription below them;

To the Glory of God and in memory of men of the South Metropolitan Gas Company (numbering 386) who died for their country, 1914-1919. 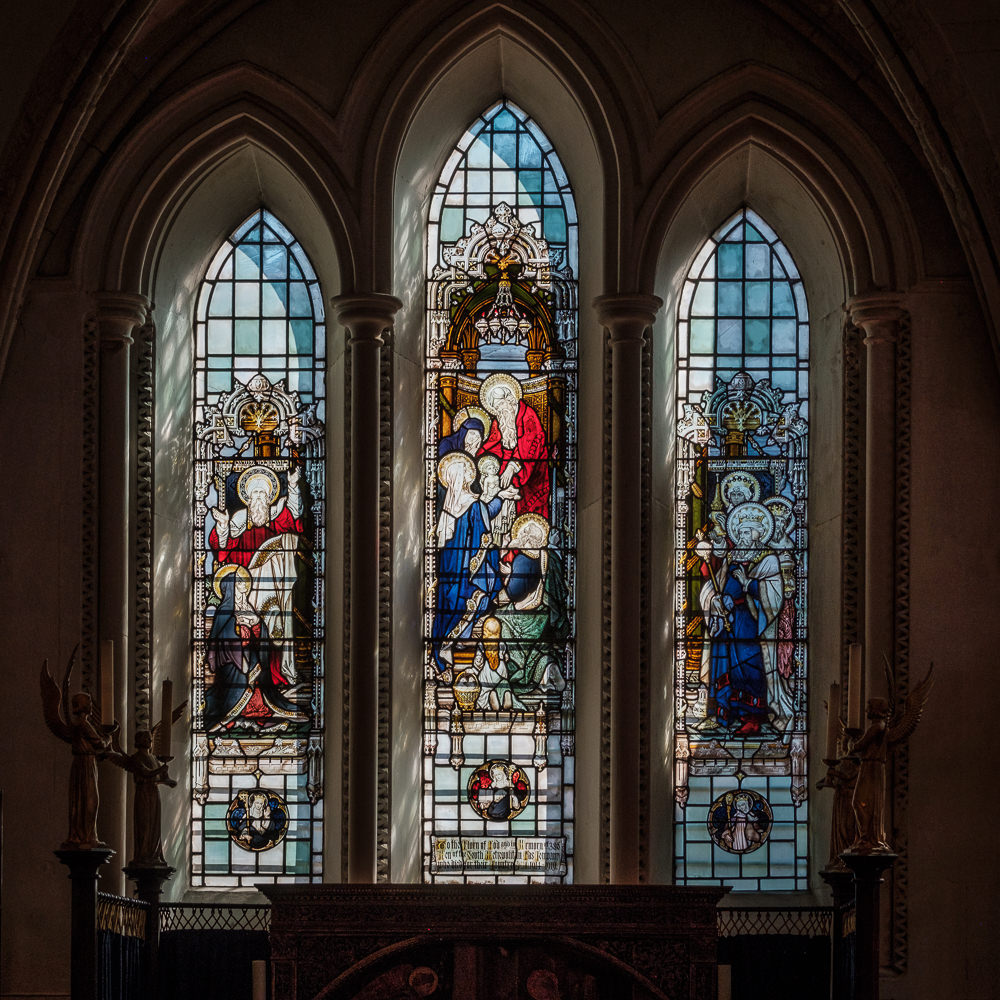